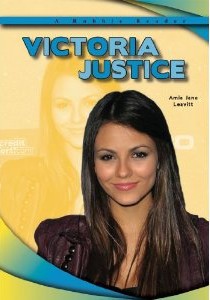 Ever since she was a young girl, Victoria Justice wanted to be a performer. She was always putting on shows for other people. This love for the stage has won her many amazing opportunities. She has modeled for such big-name brands as Ralph Lauren, Gap, and Banana Republic; and she has appeared in dozens of television commercials. By the age of sixteen, she was starring in her very own television series, Victorious. See how talent, determination, and family support have helped this young actress reach her goals.