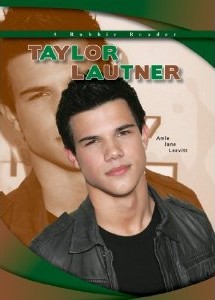 When Taylor Lautner was younger, he never imagined he’d end up a big Hollywood celebrity. He was just a kid from a small Michigan town who loved playing sports and hanging out with friends and family. After receiving encouragement from his karate instructor, though, he decided to move to Los Angeles with his family to pursue an acting career. He’s never regretted it. Taylor had a number of small roles before he played Sharkboy in The Adventures of Sharkboy and Lavagirl 3D. Then he landed his biggest role yet: Jacob Black in the Twilight series. Taylor is a natural entertainer, and his friendly personality and winning smile make him a favorite among his fans.