The second day of the Book Festival was a wee bit more relaxing. My role was simple: come to the festival and enjoy it. And so I did. I spent most of my time in the Scholastic Book Fair. 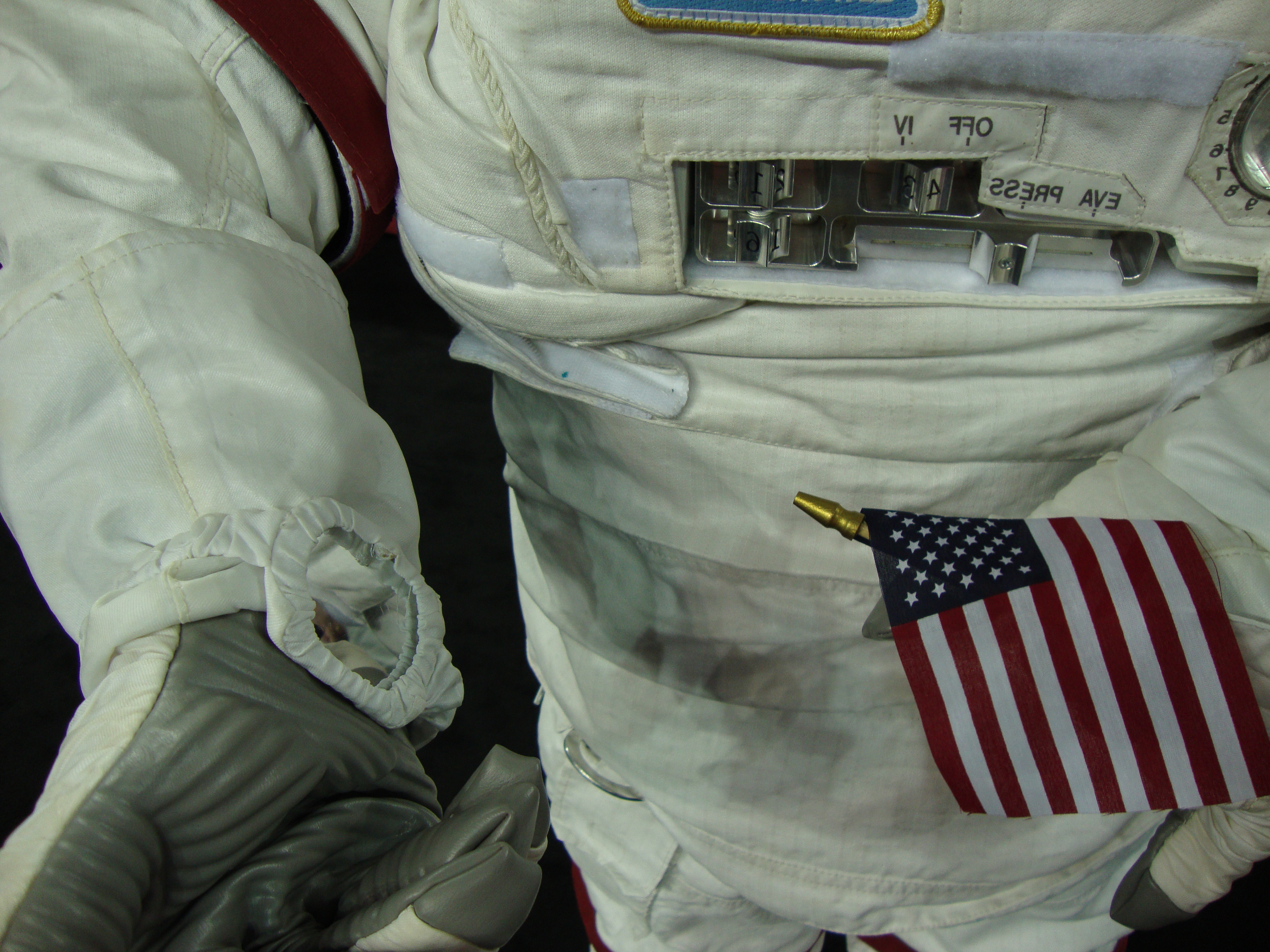 My most favorite part was getting to see the replica of a NASA astronaut space suit.

The suit was simply fantastic. I learned a lot of fun facts by talking to the astronaut-suited guy and his assistant. I learned that the astronaut wears a wristband with a mirror on it. This is so he or she can read the control panel (which is actually written backwards). Imagine: with your big rounded helmet on, how could you look down to adjust the control panel switches located on your chest? What a clever idea to use the mirror trick to solve this conundrum!

The astronaut suit that the man wore today was exactly like the real deal with a few minor exceptions. 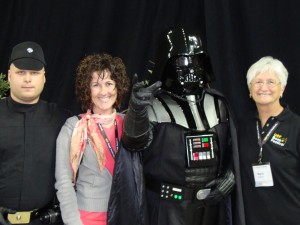 Other guests who came to the book festival included a slew of Stars Wars characters. I got my picture taken with most of them including the storm troopers and Darth Vadar.

My favorite part was when we finished with our picture with Darth and I said, “Thank you.” He replied with “You’re Welcome.” haha! I didn’t know Darth was so polite! 🙂